Christopher currently resides in Herriman with his wife, Natalie, and their two kids, however, Chris has spent the majority of his life living in the Sandy / Draper area. When he isn’t glued to a computer screen and actively working towards becoming a Licensed Appraiser, he enjoys spending time with his family, coaching his son’s soccer team, and trying very hard not to be the worst golfer in Utah. His favorite part of Appraising homes is being able to see the many different architectural designs and styles in homes across the Wasatch Front.

For An Affordable Home Appraisal in Utah - Contact ExcelAppraise 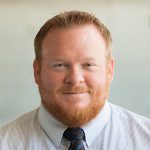